Here follow some of the photos I made of the carnaval in my hometown, Eindhoven (Lampegat), in 2008.
For all non-Carnaval celebrating people I'll explain the core of this festivity:
Its character is tied to the Catholic Lent. Lent is the 40-day period before Easter. It is custom with some Roman Catholics to fast in this period: no candy, meat or sex, depending on their own preference. The days before Lent are carnaval, the last chance to live it up!
Nowadays, very few people do the Lent. Carnaval is however still very popular.

A traditional element is the mayor abdicating his powers for a few days, at least in ceremony, to the Prince of Carnaval. These "reversal of power rituals" find their base in antiquity, in cultures where it is believed every year the King should be sacrificed. The king would leave his throne to a slave for a day, who could live it up, until he was ritually killed.
Other celebrational elements are the "dressing up", which can turn very elaborate with partygoers. Some people may spend a small fortune on an outfit. There are large parties for children, and for adults, with loud music, performances, and much booze. Also, place names, and sometimes even people's names, are changed to something ludicrous. My hometown Eindhoven becomes Lampegat (lamp-hole). Den Bosch becomes Oeteldonk, Tilburg becomes Kruikestad, etcetera.
The most eye-catching ritual is the parade. Almost every village has its own parade. My home town is fortunately the 5th biggest city in The Netherlands, and therefore has a very big parade with 61 entries this year. These are small groups of 1-5 people, large groups, but also cars. Cars may take months to prepare.
The bulk of the pictures below were taken at the parade. I also made a film of a fanfare playing "Happy Together", the song by the Turtles.

Link to my video of the fanfare Hurdut, playing Happy Together. 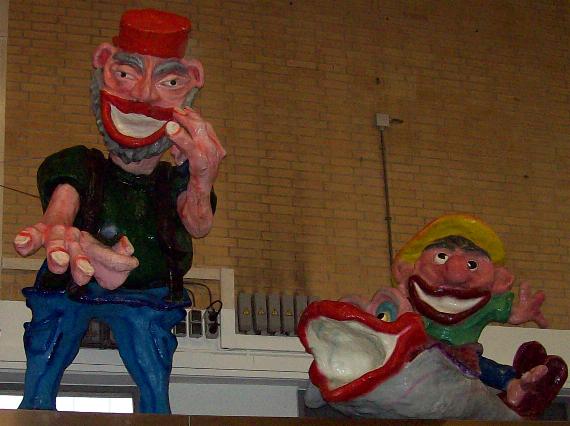 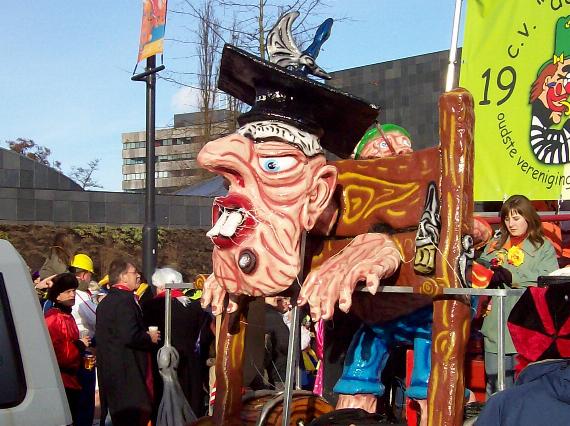 Reminds me of the days when my father had a camera. "Hey Bonny! Put your head in that hickory over there for the video!" 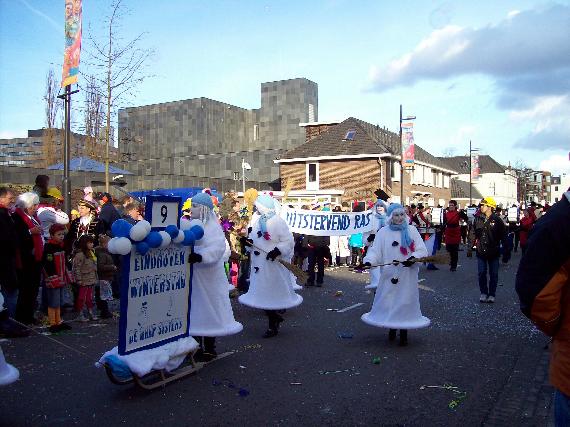 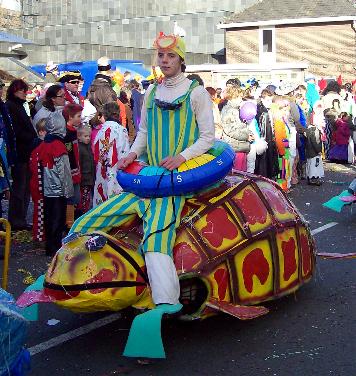 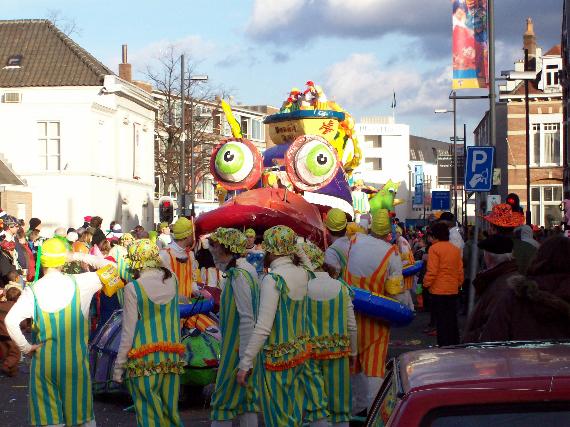 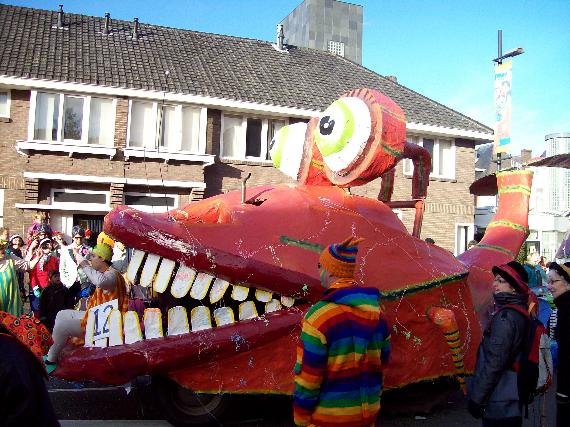 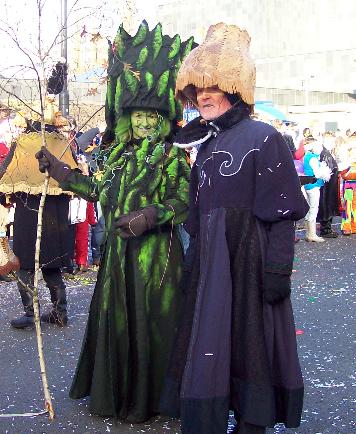 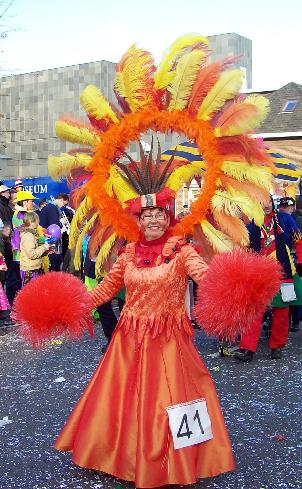 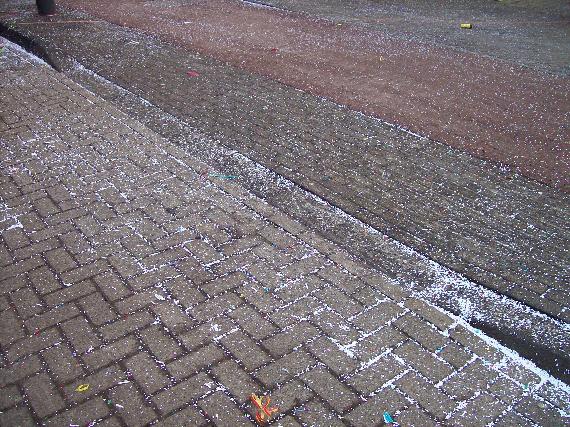 Result of the Confetti Factory. They sprayed HUGE quantities of white paper bits, and they were getting everywhere: even in your mouth and nose. 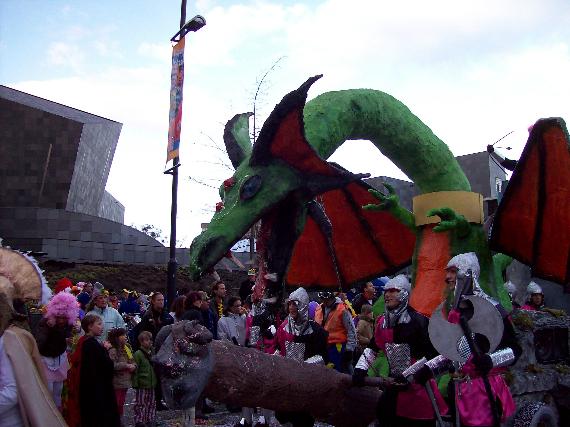 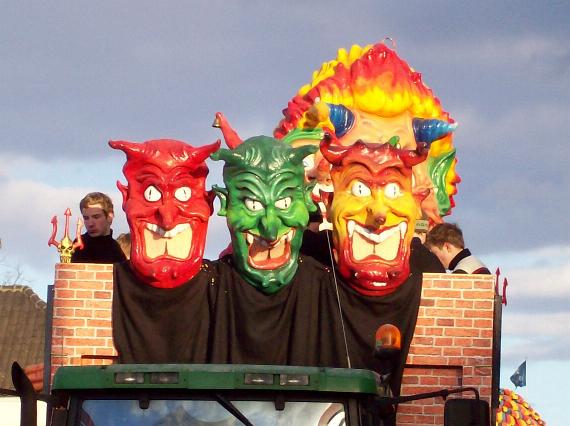 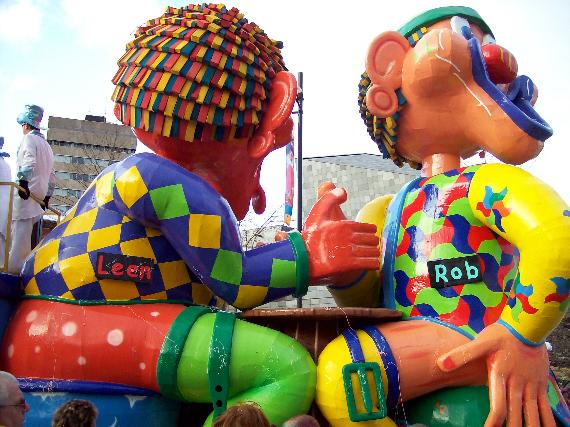 This is a reference to the Eindhoven mayor referendum that ran between 2 candidates, Leen Verbeek and Rob van Gijzel. Only 25% of those with right to vote, actually cast a vote. Possibly due to the fact that both candidates were members of the same political party. Either way, the referendum was invalid. Rob won. 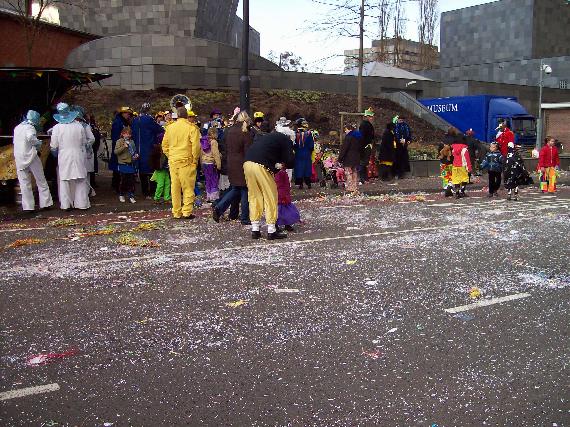 Results of the Carnaval parade. Fortunately, as I cycled away, I saw 7 sweeping carts, ready to perform their miracles.

All my photos, around 50, can be viewed through our family photo site, over HERE.

BACK TO PHOTOS
BACK TO HOME